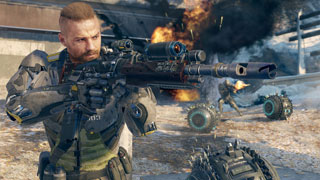 If you've wondered what the multiplayer in Call of Duty: Black Ops 3 is like, you can try it for free on PC for a month starting next week.

Activision has announced that it will be offering a 30-day free trial of the four multiplayer DLCs for Call of Duty: Black Ops 3 starting next week. That means that if you've been playing Black Ops 3, but you never picked up the DLCs, you can try them out for a month without spending a cent.

The free trial kicks off on Tuesday, May 30 at 1 PM ET. You'll get access to all four of the multiplayer DLC packs, and Activision plans to add all the multiplayer to all of the playlists.