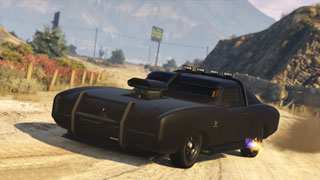 Don't be surprised if you see more microtransactions in Take-Two published games in the future.

Yesterday, as Take-Two was announcing its acquisition of Kerbal Space Program, its CEO, Strauss Zelnick was speaking at a technology conference. During his presentation, he discussed the topic of microtransactions, and how he felt Take-Two was doing with regards to them.

Zelnick said that Take-Two wasn't maximizing its microtranaction business. "We are convinced that we are probably from an industry view undermonetizing on a per-user basis. There is wood to chop because I think we can do more, and we can do more without interfering with our strategy of being the most creative and our ethical approach, which is delighting consumers."

But Zelnick also acknowledged that you can go too far in charging players for every last bit of content. "You can't give stuff away for free in perpetuity; there's no business model in that," Zelnick said. "But we're not trying to optimize the monetization of everything we do to the nth degree. My concern is, if you do that, the consumer knows. They might not even know that they know, but they feel it."

"We're not going to grab the last nickel," he said.

What's the takeaway? Well, you can expect Take-Two published games to continue supporting microtransactions, and you may see them ramp up a bit in the future. Rockstar has already said that Red Dead Redemption 2 (which was recently delayed into Spring 2018) will have an online component, so don't be surprised when it sports microtransactions.