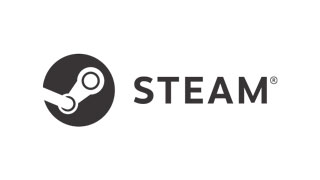 It will cost companies $100 to put a game on Steam under the new Steam Direct program.

Steam announced back in February that it was going to shut down Steam Greenlight and replace it with a new program known as Steam Direct. Instead of having community voting on games, Direct would be an application process that charged a flt, recoupable fee for each game submitted.

Valve had previously said that the fee was still under discussion, and in its post today, said that "Our internal thinking beforehand had us hovering around the $500 mark, but the community conversation really challenged us to justify why the fee wasn't as low as possible, and to think about what we could do to make a low fee work.

"So in the end, we've decided we're going to aim for the lowest barrier to developers as possible, with a $100 recoupable publishing fee per game, while at the same time work on features designed to help the Store algorithm become better at helping you sift through games."

Alongside announcing the fee, Valve also outlined some coming update to its Curator program, including, "expanding the kinds of content that Curators can create, allowing them to provide more information to players who are thinking about buying a game, and improving the tools to allow them to easily manage all their recommendations."

There's still no word on when Steam Direct will actually go live, but Valve says it will be releasing that information in its next blog update.