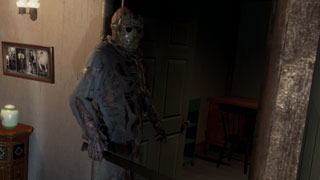 There's a new patch for Friday the 13th on PC and Xbox One that fixes a number of the game's technical issues.

Friday the 13th has gotten a fairly good reception since it launched in late May, but pretty much everyone agrees that the game's technical issues are a barrier to enjoying it. If you haven't seen some of the weird bugs you run into, may we humbly recommend this clip from one of our recent streams on our Twitch channel. Now there's a new patch that brings the game to version 1.02, and adds a number of fixes for some known issues.

The changes in this patch include:

Fixes in this patch include removing the infinite stamina glitch, fixing VoiP on Xbox One, and making Steam achievements work properly again. The patch notes do say that achievements may not update until players exit the game. The Xbox One version of the game is being moved to a "more robust matchmaking / system that will support a high number of players."

There are a bunch of other changes as well. You can find the PC patch notes in this Steam Community post. The Xbox One patch notes can be found on the game's Facebook page.