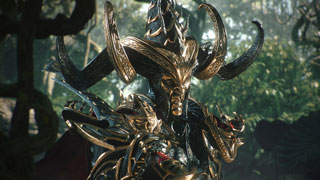 If you've got some favorite mods for Total War: Warhammer, it sounds like they'll work in the sequel, assuming the developer puts in a little work.

If you're a fan of mods, it's likely that no matter which game you play, you've gotten attached to some of your favorites. That's surely no different for fans of Creative Assembly's Total War: Warhammer, considering the game sports mods that add new areas, new factions, and tons of visual enhancements.

Of course, with Total War: Warhammer 2 on the horizon, players could face the prospect of losing many of those mods when they move to the sequel. Luckily, it sounds like Creative Assembly has made it easy for modders to up date their work. Speaking with Gamewatcher at E3, Game Designer Mark Sinclair addressed the issue, saying,

"The way it will work is that the mods that were created for the first Total War: Warhammer will be only for Warhammer. They are two different and separate games, so you can't necessarily just use a Warhammer mod in Warhammer 2.

"That said, theoretically, we've made it possible to transfer a mod from Warhammer to Warhammer 2. There will have to be some work on the part of the modder to make sure it's compatible, but ideally it should be relatively straightforward."

That's good news for fans of the game, and for modders as well. Total War: Warhammer 2 is scheduled to release on PC on September 28.