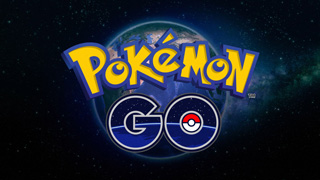 If you're using third-party services to "circumvent normal gameplay" in Pokemon GO, you might find that your Pokemon don't behave exactly as you'd expect.

There's a new anti-cheat measure coming to Pokemon GO. It was announced in a thread on Reddit by a verified Niantic support account, and it will affect anyone using "third-party services that circumvent normal gameplay."

"With the announcement of Raid Battles and the new battle features, we are staying true on our commitment to ensuring that Pokemon GO continues to be a fun and fair experience for all Trainers. Starting today, Pokemon caught using third-party services that circumvent normal gameplay will appear marked with a slash in the inventory and may not behave as expected. We are humbled by the excitement for all the new features we announced yesterday. This is one small part of our continued commitment to maintaining the integrity of our community and delivering an amazing Pokemon GO experience."

There's no specific word on which "third-party services" might trigger this new measure, or what having Pokemon that "may not behave as expected" will entail. That said, it sounds similar to what happens when you acquire a Pokemon in the main games that is too high for you to control.