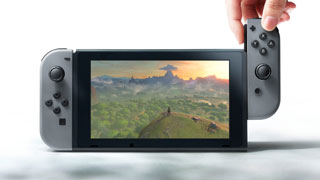 Nintendo has issued an apology for Switch shortages, and has said it plans to increase the amount of consoles available.

If you've tried to lay your hands on Nintendo Switch console, you know that it's been hard to come by since its launch in March. Nintendo realizes it too, and the company has now issued an apology on its Japanese website. In the statement (translated by Google), Nintendo says that it plans to increase the number of Switch consoles available (at least in Japan), especially for the Splatoon 2 Switch Bundle, which is coming to retail on July 21.

The statement says, "For autumn and beyond, we will continue to work to ensure that as many products as possible can be delivered to our customers towards the end of the year, such as further strengthening our production system."

This isn't all that surprising to see, as Nintendo of America president Reggie Fils-Aime had previously admitted that when it came to supply issues, "sometimes we get it wrong."

The company had previously announced that it had shipped 2.74 million units in March of this year, and that it hoped to ship an additional 10 million in the coming fiscal year.