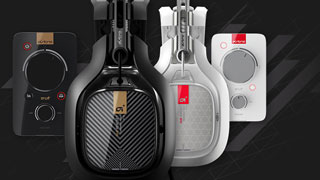 Logitech has been looking to expand it presence in the console headset market for a while, and it's made some major inroads this week by acquiring a former competitor: Astro Gaming. The deal was announced yesterday, with Logitech paying $85 million.

While it might seem like a strange deal at first, it makes more sense when you read the blog post that Logitech VP Ujesh Desai made announcing the deal. In that post, he compliments "ASTRO's history of producing award-winning headsets for pro esports and console gamers," and reassures fans of the brand that its products "aren't going anywhere."

The deal will greatly strengthen Logitech's presence in both the esports and console markets, and it already has a significant presence in the PC market. The acquisition is an $85 million cash purchase, and is expected to close next month.

Unskippable: Way of the Samurai 3 - How To Rock A Bald Spot Graham_LRR 16 Comments
Comments on