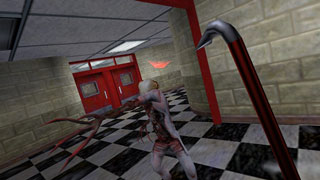 It's been four years since the last patch for Half-Life, but this week there's a new one.

There's a brand new patch for the original Half-Life. While this does prove that Valve is still working on their classic shooter, it probably doesn't mean that Half-Life 3 is confirmed.

The patch rolled out Monday on Steam, and it fixes a few bugs and crash issues. It seems to be an engine-level patch, as it not only affects Half-Life, but also Team Fortress Classic, Day of Defeat, Counter-Strike: Condition Zero, Half-Life: Blue Shift, Half-Life: Opposing Force, Deathmatch Classic and Ricochet.

The patch notes are below.