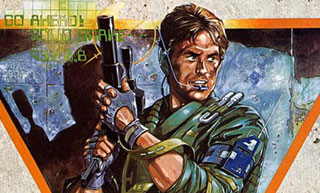 The Metal Gear series is celebrating its 30th birthday today, and fans from all over the world are offering up congratulations.

Today marks 30 years since Metal Gear launched on the MSX 2 computer. Created by Hideo Kojima, the game later made it to the Famicom and the NES, although Kojima was not involved in the reworked version that launched on the NES.

Since then there have multiple sequels across myriad consoles, culminating in 2015's Metal Gear Solid V: The Phantom Pain. Although Kojima has left Konami, the company is planning a spinoff game titled Metal Gear Survive for release next year.

Fans of the series are commemorating the anniversary on Twitter under the hashtag #MG30th. Here's the official tweet:

Got a favorite Metal Gear moment? Head over to the forums and tell us all about it!