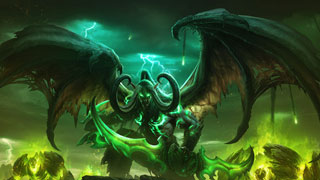 If you're playing any of Blizzard's current games on Windows XP or Vista, you'll need to upgrade your OS soon.

Blizzard announced yesterday that its current titles, World of Warcraft, StarCraft II, Diablo III, Hearthstone and Heroes of the Storm, will end support for XP and Vista this October. The announcement reads,

"Microsoft ceased mainstream support for these versions of Windows in 2009 and 2012, respectively, but since a decent portion of our audience was still using them at the time, we continued supporting them. However, there have been three major Windows releases since Vista, and at this point, the vast majority of our audience has upgraded to one of the newer versions."

If you're on one of those operating systems, you won't just cease getting support, the games won't run at all. Blizzard says, "The games will not run on these older operating systems once they are no longer supported, so we encourage any players who are still using one of the older OSes to upgrade to a newer version. We'll be rolling out this change on a staggered schedule, and will post further notices as we get closer to making the change for each game."

This announcement isn't a huge surprise, as Blizzard made the announcement back in February that this move would be coming sometime this year. There's no mention of whether this will affect the new StarCraft Remaster, but I wouldn't bet against it.