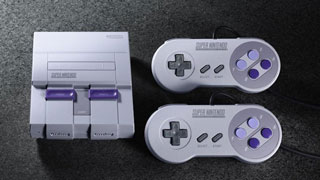 If you pre-ordered the SNES Classic when Wal-Mart made it available last week, prepare for some disappointment.

Last Friday, Wal-Mart made the SNES Classic available for pre-order through its website, and unsurprisingly, it was sold out within a very short time. There were reports that some people had their pre-orders canceled shortly thereafter, but now Wal-Mart has sent out a mass email to inform customers that all those orders have been canceled.

"Thank you for your interest in the Super Nintendo Entertainment System - Classic Edition. As you are aware, this is a highly sought after console that will launch later this fall. Unfortunately, due to a technical glitch, the Super Nintendo Classic Edition was mistakenly made available last Friday evening ahead of the official release date. We, regrettably, will have to cancel this item on your order. We know that this is incredibly disappointing to you, and we're truly sorry for this mistake."

Others received an email that read, "Thanks for your recent order. We're really sorry, but the items shown below were canceled due to a system error that kept us from processing orders. We're working to fix the error and hope to have a solution soon."

When Wal-Mart made the system available for pre-order, it was the only American retailer that had done so. There have been pre-orders in Europe and the UK, where the system similarly sold out in short order.

The rush to pre-order is understandable, given what happened with the last retro system Nintendo rolled out. Despite overwhelming demand for the NES Classic, Nintendo never came close to supplying enough units. The console ended up being a huge boon for re-sellers, who marked it up to three or four times the retail price. By February of 2017, the company was apologizing for the shortages, only to turn around and cancel the unit outright in April.

Fans understandably don't want to miss out the second time around, and so there's even more of a rush to lay hands on the SNES Classic. After Wal-Mart's debacle, you can bet the next pre-order round will get swamped twice as fast.

Smile and Nod: Looking for Touch in All the Wrong Places Russ Pitts 2 Comments