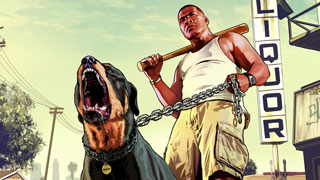 If a listing on a motion capture actor's resume is legitimate, Rockstar is working on Grand Theft Auto VI.

Grand Theft Auto V launched back in 2013 for consoles, and it continues to be a top seller to this day. But as the game approaches its fifth birthday next year, many people are wondering what's next for series. If you trust what some folks list on their resumes, you might get a hint from stunt man / mo-cap actor Tim Neff.

According to Neff's online resume (as discovered by NeoGAF), he's done some motion capture work for a couple of Rockstar games - Red Dead Redemption 2 and Grand Theft Auto VI.

For now, you can see the listing on both Breakdown Express Resumes and iStunt, but it wouldn't be surprising to see the mention removed before long (you can see a screenshot of the relevant part of the iStunt resume below).

Of course, this could still turn out to be a typo, or a misprint, or it could be real. There's no way to know right now.

While it's certainly no surprise that GTA VI would be in the works, it does seem like it will be a while before we hear anything official on the next installment in the open-world series. After all, Rockstar has Red Dead Redemption 2 on the docket for 2018, which would likely mean we don't see GTA VI until 2019 at the earliest. When it does finally come to fruition, you can bet that you'll see a lot of familiar things in the game, including a robust online component like GTA Online.