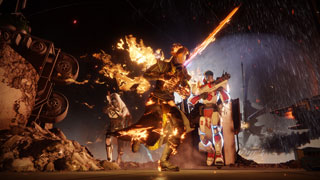 We finally know when the Destiny 2 PC beta will kick off, and we also know just how much PC you'll need to run it.

In its weekly update on Friday, Bungie revealed not only when you'll be able to jump into the Destiny 2 beta on PC, but also just how much machine you'll need to run it. The PS4 and Xbox One beta has already ended, but the PC beta is about a month away.

The beta begins on August 28 for those who pre-ordered, with the open beta kicking off on August 29. The beta will end for everyone on August 31. Start times will be announced later, but for now, at least we know the days for the beta.

Bungie also posted the minimum and recommended specs for the Destiny 2 beta, so you'll know if your rig is up to the task. They are:

You can find all this info and more in Bungie's Weekly Update. Destiny 2 is coming to PS4, and Xbox One on September 6, with the PC release following about six weeks later on October 24.