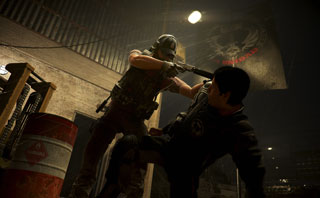 Ubisoft is offering PS4 and Xbox One gamers a chance to play Ghost Recon: Wildlands for free for five hours.

If you haven't given Ghost Recon: Wildlands a shot yet, you're now able to try it for free on PS4 and Xbox One. The new demo allows you to spend five hours in the game, playing both single-player and online co-op.

Ghost Recon: Wildlands launched in March, and was immediately called out by Bolivia for its representation in the game. After some patches, the game is pretty solid, and if you're playing with your friends, it's a pretty good time.

This isn't the first Ubisoft game to get a timed demo, as the company offered up a three-hour demo of Watch Dogs 2 as well. Wildlands has been much more successful at retail than Watch Dogs 2 was, but it's still good to see Ubi letting gamers try it before they buy it.

Want to see what Yahtzee thought about Ghost Recon: Wildlands? You can do that right here.