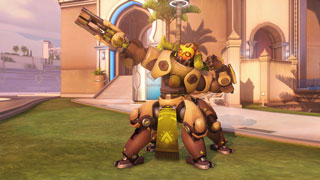 Blizzard confirms that it has multiple new IPs being worked on by incubation teams, but reminds us that they could never materialize.

During yesterday's Activision Blizzard earnings call, Blizzard president and co-founder Mike Morhaime said that while much of the company's focus right now is on supporting its current portfolio of games, it's also looking at new projects. He pointed out that Blizzard co-founder Allen Adham came back to the company last year to head the teams incubating those new projects.

Morhaime said that some of those projects were things that Blizzard was working on before Adham returned, while others are brand new IPs.

"In terms of new IP, our pipeline is in a better position than ever before in our history. we're committed to incubating new initiatives," said Morhaime. "We now have multiple dedicated incubation teams that are being led by some of our most experienced game designers at Blizzard."

As you'd expect from Blizzard, there's no mention of when, or even if, those games will see the light of day. To that, Morhaime said, "I should say that creating new, Blizzard-quality games on any platform will take time. And as we've shown in the past, we're not going to release any games that we don't feel live up to our expectations or those of our players."

If you've followed Blizzard at all, this shouldn't surprise anyone. After all, this is company that cancelled StarCraft: Ghost after having it playable at E3, and canceled an entire MMO (Titan) with four years of development time invested in it.

Of course, it also created the phenomenally successful Overwatch as its first new IP in 17 years (if you don't count Hearthstone as new), so maybe there's something to this "wait and see" approach. Of course, it helps to have that World of Warcraft money to fall back on.

If any of those new IPs do materialize, you can bet they'll garner the interest of gamers.