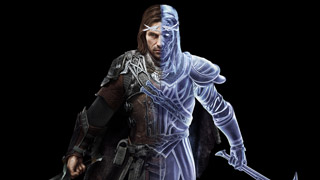 Warner Bros. has announced that Middle-Earth: Shadow of War has an in-game store and loot boxes.

Many gamers have been looking excitedly forward to the release of Middle-Earth: Shadow of War, the sequel to 2014's Shadow of Mordor. While the game has looked promising so far, it;s likely that today's news may put a bit of a damper on some of that excitement, as Warner Bros. has announced that the single-player adventure game will feature an in-game store and loot boxes.

The announcement was made in a forum post by Monolith community manager Jared, who explained that players will be able to buy Loot Chests, War Chests, XP Boosts and Bundles. These items can be purchased with a new in-game currency called "Mirian." You can acquire Mirian by defeating Treasure Orcs, destroying gear, or finding stashes throughout the game.

There is also a higher-level of all of those items that can be purchased using Gold. You can only acquire Gold by having it awarded in small amounts at specific in-game milestones, having it awarded for participating in community challenges, or by purchasing it with real money.

The post says that none of the content that is available for purchase is exclusive, and that "No content in the game is gated by Gold. All content can be acquired naturally through normal gameplay." The post later says, "Everything a player can buy with Gold can also be earned in the game over time for free, but Gold gives players the option to acquire these items faster. No Gold purchases are necessary to enjoy the complete game experience."

There's no word yet on what buying Gold will cost, or how much gold or Mirian it will take to purchase any of these in-game items, but Community Manager Jared did make a follow-up post to explain that you aren't required to even use the market if you don't want to.

"The game is balanced so you can play the game without using the Market, he wrote. "As you play the game you'll have excess Mirian, this gives you an option to use that excess Mirian if you like. Or you can let that Mirian build up as high as you want.

"Getting an orc from a war chest is the same as dominating one in game. So if you want a legendary orc in game, you can go find one or you can go through the market.

"It's there as an option for players. Feel free to play as you decide!"

As you can imagine, there have been a wide range of reactions, from questions about how the system will work and if you can share your orc soldiers with friends so they can buy an identical one, to outrage that a fully-single-player game has loot boxes. Implementation will likely have a lot to do with how this is received, so we'll have to wait for more details. In the meantime, let us know what you think in the forums!