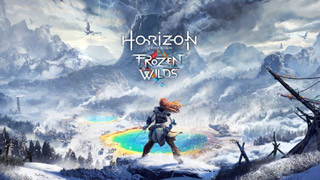 Horizon Zero Dawns's first expansion was announced back at E3, and you'll be able to play it in November.

At E3 in June, Guerrilla Games announced that it would be releasing an expansion to its popular PS4 exclusive, Horizon Zero Dawn. Titled The Frozen Wilds, the new expansion was shown off through a new trailer. Today, Geurrilla is letting us all know just when we'll be able to take Aloy into the icy world of the north.

The Frozen Wilds will launch on November 7, 2017. While the date is specific, little else is. Guerrilla did write in a post on the PlayStation Blog that it would be "revealing more information about The Frozen Wilds as we get closer to the release date," but the only thing the company is offering up today is the news that anyone who pre-orders the expansion from the PlayStation Store will get an exclusive Horizon Zero Dawn avatar.

Once there's more information to share on The Frozen Wilds. we'll be sure to bring it your way.