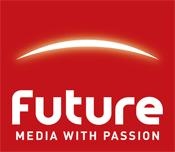 Eurogamer's founder Rupert Loman commented on Ingham's addition. "We have ambitious long-term plans for Eurogamer. We're in a strong position with both our consumer and trade websites and Greg's experience will be really helpful to aid our growth."

Ingham added, "I've been impressed for a long time with Eurogamer. Having had a thorough look-see at the company as an adviser in the past few months, I'm yet more impressed. I'm convinced that it has a compelling growth story. It's a clever business that has remained true to its editorial roots - and that is what has underpinned its increasing international success. High quality, cut-through editorial backed by increasing, market-leading scale is an attractive proposition."

GamesIndustry.biz revealed that Margaret Robertson, former editor of Edge magazine, has left her post for unannounced reasons. Editor-in-chief Tony Mott will assume Robertson's role until a replacement is chosen.

Although Robertson is leaving the publication, she doesn't doubt its health. "I've spent four years at Edge, and over the course of those 50 issues have done every job on the mag - from writer up to editor. It's been a fantastic few years, but it's time to try something new. As gaming grows, Edge grows with it, and I expect the magazine to continue driving the debate and proving the value of informed, intelligent, open-minded game journalism."