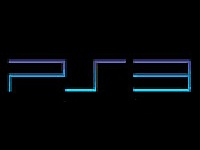 The Church of England has demanded an apology and a "large donation" from Sony over the company's use of the Manchester Cathedral in its popular PlayStation 3 title, Resistance: Fall of Man.

Church leaders have described the game as "sick" and "sacrilegious" and have urged Sony to get in touch with the church within the next few days, in order to find a "mutually-satisfactory conclusion." Cathedral representative David Marshall said Church officials would be sending a letter to Sony making four demands: an apology for using the cathedral in the game, removal of the cathedral from the game, a substantial "donation" to the cathedral's education department and for Sony to support other groups in Manchester fighting gun crime.

A statement from Sony claimed it has all necessary permissions for use of images within the game, but Church officials dispute that and have threatened legal action. Community groups and local Members of Parliament have expressed support for the Church's position. Mothers Against Violence representative Patsy McKie, whose 20-year-old son was shot to death in Manchester, said, "We are concerned about the amount of violence in these games. It's real for us. We are living the reality here. It's not just a game."

The choice of Manchester as an in-game setting has been controversial: "rife" gun violence in the city has resulted in the deaths of scores of youths. The Manchester Cathedral holds an annual candlelit memorial in honor of those killed by guns. The Bishop of Manchester, the Right Reverend Nigel McCulloch, said, "It is well known that Manchester has a gun crime problem. For a global manufacturer to recreate one of our great cathedrals with photorealistic quality and then encourage people to have gun battles in the building is beyond belief and highly irresponsible."

A spokesman for Sony said that the company was taking the complaint very seriously and is looking into the matter, but also added, "It is game-created footage, it is not video or photography. It is entertainment, like Doctor Who or any other science fiction. It is not based on reality at all."