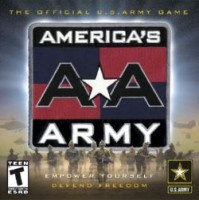 Like its predecessor, America's Army: True Soldier will focus primarily on online play. The game will feature five soldier classes - rifleman, grenadier, auto-rifleman, sniper, and team leader - with skills that can be improved by completing training, objectives and missions. An eight-mission cooperative campaign will be included with the game, as well as a new "competitive training" multiplayer mode in which up to 15 players can compete against one another one on different target ranges.

Maps in True Soldier will include a variety of terrain types, as well as militarized areas such as an abandoned airfield. The company has also stated that missions included with the game will be completely fictitious, and will avoid real-life conflicts such as that in Iraq.

In a bit of a surprising move, America's Army: True Soldier is slated to be an Xbox 360 exclusive. Randy Greenback, Creative Director on the title, said, "There were a couple key factors that led us to the decision to go out on the Xbox 360. First and foremost our experience level on the 360 is much higher, having gone through the development of GRAW and GRAW2 multiplayer. The second factor is that the installed base is much larger, which translates to a greater opportunity for a wider audience to experience the game."

Originally intended as a recruitment tool for the United States Army, America's Army became a surprise hit and continues to be one of the most popular FPS titles played online. Powered by the Unreal engine, the game was first released in 2002 as a free download. An Xbox version of the game was released in 2005, and versions for other platforms are planned.