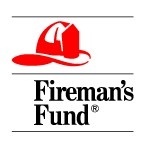 The insurance will be similar to that offered by the company to the film industry, which recently has included coverage of the production of Lord of the Rings, Pirates of the Caribbean and Spider-man 3. In a statement, the company said, "Game producers also face similar risks to that of the film industry, especially if the game is tied to the release of a major film. A developer might hire the lead actor of the film in order to film the motion-capturing components of the video game. If that actor were to be injured (on or off the set) and unable to work for several weeks, the developer would still have the expenses of the crew, equipment, and facility rental."

"We have key person coverage," said Fireman's Fund spokeswoman Janet Ruiz, "and generally what happens is that if a key person is injured or ill or unavailable it will stop the production, which will cost money." While this sort of "indispensable individual" is rare in game development, Ruiz stated that if the absence of such a person negatively affected the project in tangible monetary ways, Fireman's Fund would insure against this.

The firm also stated that rising game development costs mean that developers and publishers "need to make sure they are carrying the right coverage so they are not at risk to loss."

Joe Finnegan, Entertainment President at Fireman's Fund, said, "Right now, most video game producers are improperly insured as business software developers - a far cry from the realities and risks involved in creating software for entertainment. We realized that this industry carried risks not unlike those found in film and television production, where we already have a long track record."