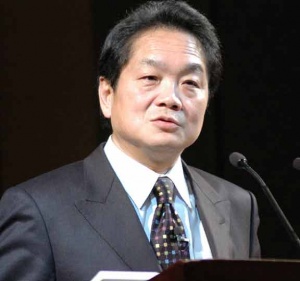 Ken Kutaragi departs from his famous position atop the PlayStation empire.

Ken Kutaragi, the Sony executive who spearheaded the original PlayStation project, has retired from his position as Sony Computer Entertainment Inc.'s chairman and chief executive officer. Although he will no longer have an official post within the company, Sony representative Sayoka Henmi noted that he will remain as a consultant for the game division. These consulting jobs include the title of Honorary Chairmen of Sony Computer Entertainment Inc. and technology advisor to Sony Corporation CEO Howard Stringer. Kazuo Hirai, already a well-known public face for the PlayStation and previously President and Chief Operating Officer of SCEI.

Word that Kutaragi would be leaving the upper echelon at Sony was revealed less than a month ago. The most commonly highlighted causes for his move are the problems the PlayStation 3 has faced and the business decisions Sony has made in pricing and designing the console. Questions remain whether he can be replaced, or even replicated, as his background in engineering and hardware contributed to the success of his systems. However, as the builder of one the the greatest gaming dynasties, Kutaragi's role in gaming history has already been cemented.