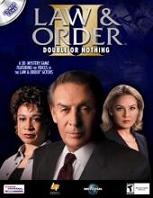 Members of the United Kingdom Parliament have expressed concern over the lack of "social responsibility" shown by the videogame industry.

The comments followed a week of gaming controversy in the U.K., which began with the high-profile banning of Manhunt 2 and ended with the lesser-known uproar over the Legacy Interactive title Law and Order: Double or Nothing. A bulletin board in the game contains a still image taken from CCTV footage of James Bulger, a 2-year-old who was abducted and murdered by two 10-year-old boys in England in 1993. Upon discovering the presence of the image, Bulger's mother wrote to Legacy Interactive demanding the image be removed. Legacy responded with a formal apology, made a patch available on its website in order to remove the image from existing games and withdrew the game from sale in the U.K.

Keith Vaz, a Labour Party Member of Parliament in the U.K. and well-known critic of videogame violence, raised the issue on Thursday, saying, "This week, the British Board of Film Classification banned the videogame, Manhunt 2, but on the same day there was rightly controversy about a new videogame that shows footage of the abduction of James Bulger. There is a clear need for better regulation of the videogames industry.

"Will the Leader of the House please tell us when he expects a statement to be made by the Secretary of State for Culture, Media and Sport or by the Minister with responsibility for the creative industries, or when we may have a debate on the social responsibilities of those who make a huge amount of money out of these video games?"

Jack Straw, Leader of the House of Commons, responded by calling videogame regulation a "very important issue," and one that likely concerns most U.K. legislators. "We do not see sufficient social responsibility and understanding by the creators and purveyors of such games," he said, adding that he would raise the issue with the appropriate Minister.