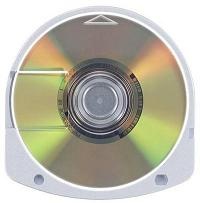 Sony PSP Senior Marketing Manager John Koller says the company remains committed to the UMD format, despite the system's most recent firmware update including an ISO loader that would allow gamers to play titles stored on the Memory Stick.

The firmware changes have led to speculation that Sony would be moving away from the format, which Koller denied. "We'll never walk away from our base," Koller said in an interview with Pocket Gamer. "Whether it's movies or game content, third parties have an incredible opportunity to utilize it."

"UMD possesses many strengths, from size to form factor to portability. Duplication of UMDs is much easier, cheaper than cartridges. We've really optimized time and cost by going with a disc-based format," he added.

While Koller claimed that the capacity of the format was its biggest drawback, saying, "Publishers are concerned about the size of UMD because they can't cram a DVD game onto it," Castlevania creator Koji Igarashi pointed out what he felt was a more pressing problem: UMD's slow speeds. "The slowness of the seeking speed of UMD is a weakness," he said, claiming that "loading speed becomes a big problem for UMD."

In response to criticisms of the format, Koller said, "UMD is a unique medium to create games, and developers need to understand that when tackling the system," adding, "The future of UMD is bright."