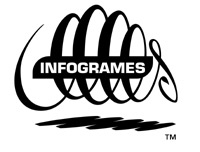 Infogrames has signed a new deal with Hasbro to extend its Dungeons & Dragons licensing agreement.

The agreement extends Infogrames rights to the Dungeons & Dragons intellectual property until 2017, covering current and future products, such as the Neverwinter Nights franchise, and includes all formats such as online and wireless games. As part of the deal, Infogrames sold back to Hasbro the digital gaming rights to nine boardgame franchises: Monopoly, Scrabble, Risk, The Game of Life, Clue, Yahtzee, Battleship, Boggle and Simon.

Infogrames CEO Patrick Leleu said, "This agreement represents a reaffirmation of our partnership with Hasbro. It is an important step in our business strategy that will allow us to keep and strengthen a franchise with significant potential, while giving the group additional resources to invest in the relaunch of its publishing business."

Infogrames has struggled in recent years, and its Atari subsidiary recently laid off 20 percent of its workforce. The company said that the sale of digital gaming rights to Hasbro, which amounted to $19.5 million, would have no significant impact on its revenue for the fiscal year.