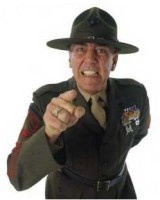 A "videogame boot camp" sponsored by AOL and All You magazine aims to teach gaming skills to mothers in order to help them better relate to their kids.

Ten mothers from the New York area will be introduced to a wide range of game-related information, from Guitar Hero 2 on the Xbox 360 to Tekken 6 on the PlayStation 3. The program is being run by AOL's GameDaily editor Libe Goad. "'Videogames are just for kids' is the number one misconception," she said. "The average gamer is 33 years old.

"The best thing I can tell parents is to get out there and do some reading on the web. Don't just buy into 'games are bad and violent' - there are a lot of games out there that are good."

Commenting on the lack of game-savvy among many women, Claire McHugh, Editor of All You, said, "I think it's a very real issue. I think a lot of dads are very confident with videogames but moms lag behind." Niurka Garcia, one of the 10 mothers taking part, confirmed that sentiment, saying, "I'm totally clueless about videogames. I need to catch up with the whole videogame thing."

Participants will compete in a three-game tournament at the end of the program, with the winner receiving a Nintendo DS system.