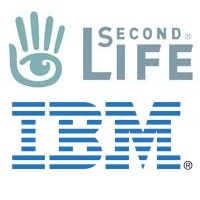 IBM has laid down official guidelines for its 5,000 employees who use Second Life and other virtual worlds in an attempt to avoid potentially embarrassing incidents.

The company is also hoping to make money advising corporate clients who make use of virtual environments, and says that the rules are actually closer to "corporate stamp of approval," facilitating the company's role in these worlds as a legitimate force of business. "The 3D Internet will have a big impact on business, on IBM and on our clients," said retired IBM executive Irving Wladawsky-Berger, referring to IBM's collective name for these environments, "and the only way to figure it out is to use it."

The bulk of the rules are the same as those that exist in the real world: No unauthorized discussion of intellectual property, no discrimination, no harassment; but others relate to situations unique to the online world, such as the appearance of avatars. There are also cautions against frequent changes in avatars. "Building a reputation of trust within a virtual world represents a commitment to be truthful and accountable with fellow digital citizens," according to the guidelines. "Dramatically altering, splitting or abandoning your digital persona may be a violation of that trust."

Sandy Kearney, global director of IBM's 3D Internet initiatives, said the rules were meant to encourage ethical behavior in environments which often bring out less than the best in people. "We don't want it to be the Wild West," she said." I use the metaphor of nation building: If you have a problem, you need embassies, ambassadors, governance and government." She also said it's currently unclear whether IBM employees who violate the guidelines would be subject to disciplinary action.