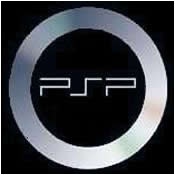 According to a report by hardware site Beyond3D, the recently-removed CPU speed cap on the Sony PSP actually remains in place when the system's WiFi functionality is enabled.

The PSP was originally released with its CPU clock speed locked at 222 Mhz, significantly lower than its maximum 333 Mhz frequency. The restriction was put into place in order to maximize the power-hungry system's battery life, and it wasn't until 2006 that the release of PSP Firmware 3.5 added a new clock control function to the system which would allow the CPU to operate at full speed.

However, according to Beyond3D, that speed is only available with Wifi disabled; with WiFi turned on for multiplayer action, the CPU remains restricted to 222 Mhz. Sony has confirmed the report with GameDaily Biz, but did not offer further explanation as to why the restriction remained in place. Concerns over future game development on the PSP have arisen as a result of the information: While single-player-only titles can be developed to take advantage of the full CPU clock speed, games with a multiplayer component could run up against the same CPU speed-cap restrictions as early PSP releases.