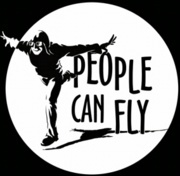 Unreal developer Epic Games has announced the purchase of a majority interest in Warsaw-based studio People Can Fly.

People Can Fly, best known for the hit 2004 FPS Painkiller, recently collaborated with Epic on the PC version of Epic's most recent release Gears of War. Prior to that, People Can Fly had been evaluating Epic's Unreal Engine 3, and within a few weeks had produced early prototypes that left Epic personnel deeply impressed. Saying they were "totally blown away" by PCF's work, Epic Vice President Mark Rein added, "The quality of their work was extremely high, and (we) knew we had to find a way to work more closely with them in the future." Along with working on Gears of War, Epic and PCF also came together to design an original IP, which Epic will be showing to publishers at the Leipzig Games Convention.

Michael Capps, Epic president, said his company had "a blast" working with PCF, and wanted to maintain the relationship. "Their work was outstanding," he said. "The multiplayer levels they created for Gears PC look as good or better than the original. How could we not jump at the opportunity to work together on a long-term basis?"

Speaking for People Can Fly, Co-Owner and Creative Director Adrian Chmielarz said the new relationship was "exciting" and would allow the company to focus more exclusively on games development. "To be able to work with the best technology company in the business and collaborate on making amazing, fantastic games is an offer you just can't refuse," he said. "Working with Epic reduces the stress of being an independent developer and lets us focus even more on fun side of the business."

The acquisition of majority ownership in People Can Fly is a welcome piece of news for Epic, which has been in the spotlight most recently for its legal difficulties with Too Human developer Silicon Knights. Epic was sued (and has counter-sued) over allegations it misled Silicon Knights regarding the Unreal Engine 3, and refused to adequately support it.