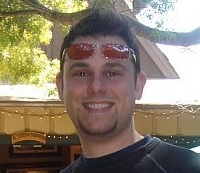 Greg Vederman, former Editor-in-Chief at PC Gamer (U.S.), has announced his resignation from the magazine effective this past Friday, August 24.

Vederman has taken a position with the Hewlett Packard-owned VoodooPC, a Canadian manufacturer of high-end gaming and media center systems, where he will serve as Business Development Manager. In a statement explaining the move, Vederman said, "HP has a bold, electrifying vision for the future of PC gaming that I couldn't help but want to be a part of. Several months ago, Rahul asked me to come aboard and lend a helping hand, and though the decision to do so was not an easy one (choosing to leave a job you've poured your heart and soul into for nearly a decade is never easy), it was unequivocally the right one."

Rahul Sood, Founder of VoodooPC and currently Chief Technology Officer of Hewlett Packard's Global Gaming Business Unit, wrote on his personal blog, "I have known Greg for many years, and somehow I always hoped we would end up working together. Well, the stars finally aligned - and Greg has joined our team working out of the Cupertino office."

Vederman, also well known among gamers as "The Vede," first joined PC Gamer in 1998 as a technical editor, and took over from Dan Morris as editor-in-chief in January 2006. He described the magazine as "completely re-envisioned and redesigned" at the beginning of his tenure, but he also attracted his share of controversy; most recently, he earned the ire of the Penny Arcade team and many of its fans with a negatively-toned editorial in the July 2007 issue. His replacement has not yet been named.