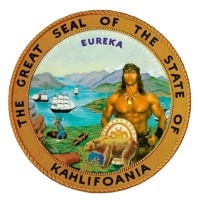 As promised, California Governor Arnold Schwarzenegger has launched an appeal of a federal court's ruling which struck down a state law forbidding the sale of violent videogames to children.

The law, passed in 2005, was struck down as unconstitutional on First Amendment grounds. As part of the ruling, Judge Ronald Whyte questioned claims that videogames were any more harmful to minors than television, movies or "other speech-related activities," and wrote, "The court, although sympathetic to what the legislature sought to do by the Act, finds that the evidence does not establish the required nexus between the legislative concerns about the well-being of minors and the restrictions on speech required by the Act." Schwarzenegger immediately vowed to appeal the decision, saying he would "vigorously defend this law."

The move comes despite objections from numerous sources, including the Los Angeles Times, the Video Game Voters Network and First Amendment professors who said the law would never stand up to legal scrutiny because of its blatant constitutional violations. California Senator Leland Yee, a noted critic of the videogame industry, however, applauded the decision, saying in a statement, "I am very pleased to see the Governor's commitment to this issue. This is a common-sense law that empowers parents by giving them the ultimate authority over whether or not their children can play in a world of violence and murder."

Schwarzenegger, famous for starring in numerous violent movies including the blood-soaked blastfest Terminator 2 that starred then-14-year-old Edward Furlong, said, "We have a responsibility to our kids and our communities to protect against the effects of games that depict ultra-violent actions. We protect our children from buying inappropriate movies and ought to be able to protect them from buying inappropriate videogames as well."