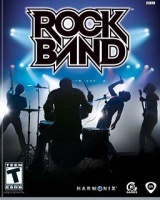 Harmonix has confirmed that its upcoming super-karaoke game Rock Band will be available for the Christmas season only as a bundle.

Speaking with theBBPS.com at the PlayStation Holiday Press Preview Event in Toronto, a Harmonix representative said, "When Rock Band ships this November it will only be available in one flavor, bundled. Done. Confirmed."

According to the rep, the decision was made based primarily on retail-level factors. "Firstly, the components in the bundle are not cheap and thus creating a bundle and three other separate packages (guitar, drums and vocals) would increase costs, which could lead to less bundles available at ship," he said. "Lastly, although retail partners are confident the title will be successful they are appreciative of the fact that they won't have to display four reasonably-sized packages in each of their stores."