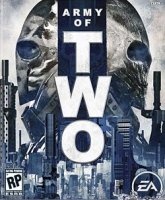 Electronic Arts has announced that Army of Two, its upcoming tale of two mercenaries and a whole lot of bullets, has been delayed.

Originally set for a November 13 release, EA has decided to hold the game back until early 2008, saying the game needs more polish. "Army of Two has potential to become a lasting EA franchise - so getting the first title right is essential," said EA Games president Frank Gibeau.

Wedbush Morgan analyst Michael Pachter said he had expected the game to generate about $54 million for the company in the quarter ending in December, but agreed on the necessity of a successful release and didn't feel the company would suffer too much as a result of missing the holiday season. "It's an important game for them if they hope to establish it as a franchise," he said. "It shouldn't have much of an impact, but the market always seems to assume the worst about the company."

Army of Two is being developed for the Xbox 360 and PlayStation 3 systems.