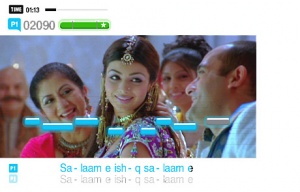 To fuel the growing Indian videogame market, Sony is cutting its console prices for the PS3 and PS2 and their respective titles, as well as working to develop games with an Indian flair.

"We thought it's important [to make the cuts] despite the fact that we still end up paying 36-37 percent of the cost on duties," said Tim Stokes, Director of Sales and Marketing for Sony in India, as quoted in India's Business Standard.

It's another push on the part of Sony to capture as many world markets as possible, in order to fight back steady advances by Microsoft and Nintendo in the next-gen field.

Market analysts at PricewaterhouseCoopers have predicted immense growth for the videogame market in India, suggesting that the amount spent on games and gaming devices in the nation will increase from its current take, around $15 million, to over $140 million by the year 2010.

Also in the BS, Antindriya Bose, manager of the PlayStation brand in India, celebrated the predictions and said that if Sony's business didn't live up to them, it would be because of "bad performance."

In addition to lowering its prices, PlayStation of India is looking to develop games with an Indian emphasis. The already produced Singstar Bollywood is one example, and an Indian trivia game called Buzz in India, is forthcoming.

All conversions were done using XE.com, on October 24.