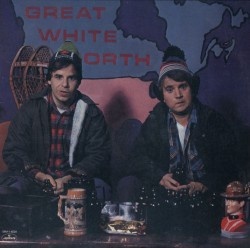 The United Kingdom Minister for Culture, Media and Sport has said her government may issue a World Trade Organization challenge to Canada's policy of issuing generous tax credits to game developers who open studios in that country.

New studios opened in Quebec by companies including Ubisoft, Eidos and Electronic Arts can receive tax rebates in amounts totaling up to 40 percent of staff salaries. The Canadian High Commission has said it will discuss the matter with the U.K. government, but that it is confident Canada is abiding by WTO regulations. Developers in the U.K. and other countries complain the tax breaks leave them unable to effectively compete on a cost basis.

"We're looking at what they (Canada) have done," Minister Margaret Hodge said to Channel 4 News. "We're not sure what they have done sticks by the WTO rules on competition and will have to think about challenging what they are doing if they are, in our lawyer's views, breaching those rules." Hodge has said in the past that while her ministry was investigating the possibility of similar tax breaks for studios in the U.K., it was "unlikely" to happen.

Figures from the Invest Quebec agency show that the games development workforce in the region has grown 177 percent from 2005 to 2007, and now numbers close to 5,000. Ubisoft Montreal is currently the largest single employer, with 1,609 workers, a number the company intends to increase to roughly 3,000.