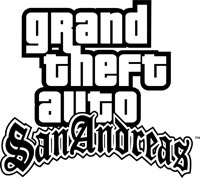 Take Two Games has settled all U.S. class action lawsuits against it that arose as a result of the Hot Coffee modification for Grand Theft Auto: San Andreas.

Under the terms of the settlement, those making claim must swear that they bought a copy of the game prior to July 20, 2005, would not have bought the game had they known the game could be modified via Hot Coffee, would have returned the game once they found out about Hot Coffee if they thought they could have, and were "offended and upset by the ability of consumers to modify and alter the game's content using the third-party Hot Coffee modification." Take Two will provide either an edited copy of Grand Theft Auto: San Andreas or $35 in cash to those who submit detailed proofs of purchase.

The company had previously set aside a reserve to cover the settlement, which is estimated to reach a maximum of $2.75 million plus the cost of settlement notification and legal fees. "If the case had continued, we believe the court would have agreed that Take Two was not liable for consumers acting independently to modify their games with third-party hardware and software to access normally inaccessible content," said Take Two CEO Ben Feder. "Nonetheless, we believe it is in the best interest of the Company to avoid protracted and costly litigation to prove our case and to finally put this matter behind us."

Hot Coffee is the name for a user-generated modification to Rockstar's Grand Theft Auto: San Andreas, which was published by Take-Two. Using the modification on the original release version of the game gave players access to an incomplete sex mini-game; the name comes from an invitation by the player's in-game girlfriend to come into her house for "coffee" at various points throughout the game, although it turns out that no actual or simulated coffee will be involved in the visit.

The proposed settlement is currently awaited approval from the U.S. District Court for the Southern District of New York.