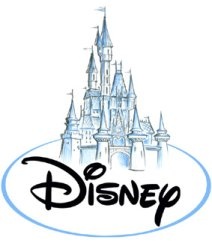 Disney CEO Bob Iger has said his company plans on utilizing its strategies and strengths in other media in an attempt to establish itself as a major player in the videogame industry.

Iger said the company will employ a "multi-platform" strategy for its videogame efforts, developing games based on properties already successful in other formats, similar to the approach it uses for popular soundtrack releases such as High School Musical and Hannah Montana. Referring to videogames as "another promising creative engine for Disney," he told investors last week, "We intend to use (a multi-platform approach) to do exactly what we did in the music business to our videogames business, but on a much larger scale."

Disney is projected to spend $175 million on videogame development in 2008, and some reports say the company could hit up to $350 million in spending within five years. The company said on Friday that High School Musical: Sing It!, inspired by the popular Disney Channel movies, had already shipped two million units. Next year, the company will be spinning off games from its popular Hannah Montana property, as well as the Chronicles of Narnia movie franchise.

"We are a publishing company on the outside of the videogames business," Iger said. "But where (other companies) may not have a cable channel, or a movie company, or even a record business, or a radio business, or online - we have all of those. We intend to use them fully."