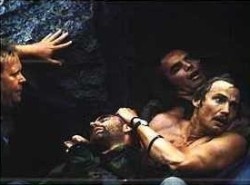 Georgia resident Francisco Garcia has launched a class action suit against Microsoft, alleging the company's creation and automatic renewal of his son's Xbox Live account without his consent is consumer fraud.

According to Garcia, his debit card was used by his son Silvario in October 2005 to purchase a one-year subscription to Xbox Live at a cost of $49.99. At the end of that year, Microsoft automatically renewed his subscription for another year, for the same fee. The charge resulted in Garcia's account being overdrawn, incurring a $35 penalty. Microsoft has since refunded the $49.99 renewal fee, but would not cover the bank's overdraft charge.

Garcia contends that by accepting the subscription from a minor and then renewing it without express consent, the company "fraudulently induced a contractual relationship for Xbox Live services." He is seeking unspecified damages, and has asked the court to expand the case to include all Georgia Xbox Live customers who are similarly oblivious to the state of their finances.

The suit was originally filed in August in Georgia state court, but Microsoft filed a motion in September to have the matter moved to federal court and has since asked the court to dismiss the case entirely, claiming it has proof that Silvario Garcia lied about his age by claiming to be at least 18 when he subscribed to Xbox Live.