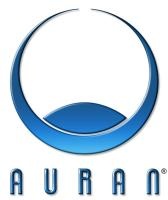 Auran CEO Tony Hilliam has issued a statement in response to rumors of the company's impending demise, saying that while the Fury team is being reduced, the company itself is still hanging tough.

A report by Kotaku Australia says that Auran will be cutting its current 60-man development team to create a "smaller, more agile" group that will continue to develop and support the game. The company does plan to outsource some of the Fury development to China, and that as reported, Tantalus will be picking up some of the former Auran employees as part of a new studio being established in Brisbane. The statement comes on the heels of a rumor reported yesterday by Angry Gamer suggesting the company was facing massive layoffs and other difficulties due to the "financial disaster" caused by the poor reception of the PvP MMOG Fury.

"As I explained to the staff yesterday, whilst Fury has started off slower than expected, I still see a bright and long future ahead," Hilliam said in his statement. "However, that future will not include the full 60 man development team who have worked on Fury for the past year. The future will focus on a smaller, more agile core team of Fury developers. These are people who are incredibly passionate about the game and work until 4 in the morning to ensure they get things done."

"Regarding China, during the past two years we successfully used several outsourcing companies and will be looking to China to create much of the new content that we will release in future updates," he continued. "Furthermore, we're talking with a number of publishers in Asia regarding co-development deals."

"As they say in the classics, the death of Auran and Fury has been greatly exaggerated."

Escape to the Movies: Fury - Tank You Very Much MovieBob 60 Comments