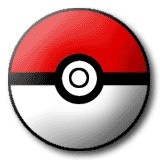 Pokemon USA president Akira Chiba has left the company after successfully expanding the brand outside of Japan during his five-year tenure.

Akira Chiba, the President of Pokemon USA is stepping down from his position to pursue other opportunities. Chiba has spent five years with the company, after joining the New York headquarters in 2002 when the company was founded. His successor shall be Mr. Kenji Okubo, previously the company's executive vice president, who will start on January 1, 2008. Okubo's responsibilities will include overseeing all Pokemon activity outside of Japan in New York, Seattle and London, such as trading cards, the long-running animated TV series, North American and European licensing and the freshly-launched Pokemon Trading Figure Game.

"During Mr. Chiba's tenure, Pokemon USA has greatly expanded," said Okubo. "The brand is topping industry charts across all categories - including videogames, toys, and trading card games - plus the Pokemon animated TV series is hugely successful on Cartoon Network. We thank Mr. Chiba for his efforts on behalf of Pokemon and wish him success in the future."