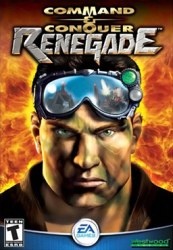 Rumors have surfaced of a new FPS set in the Command & Conquer universe, expected to hit the shelves in late 2008 for the PC, Xbox 360 and PlayStation 3.

VideogamesBlogger is reporting that the game, called Tiberium, will be on the cover of the January 2008 issue of Game Informer. Set 11 years after the Third Tiberium War, the game will put players in the boots of a retired GDI commander called back to service. Along with the standard single-player action, the game will also offer a two-player online mode.

The game will be a squad-based action FPS, described on the site as "Ghost Recon Advanced Warfighter meets Battlefield meets Rainbow Six Vegas." Units in the game will include standard and missile infantry squads, an updated Titan and new Orcas, while special abilities will also be available to the player. No word about the role of NOD in the game was given, but players will apparently be squaring off against new types of Scrin.

The site claims a leaked demo video was quickly taken offline by EA, who declined to comment on the rumor.