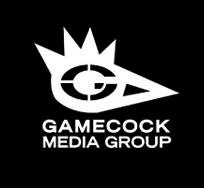 As the 2007 Spike TV Video Game Awards came to a close, Ken Levine and Greg Gobey of 2K Boston (formerly Irrational Games) took the stage to accept BioShock's award for "Game of the Year." Employees of publisher Gamecock took this opportunity at the show's end to invade the stage at Las Vegas' Mandalay Bay and spout some self-promotion. This whole ordeal cut the acceptance speech short and denied Levine, BioShock's lead designer, a chance to comment on his game.

In an email sent out to various game publications, Gamecock Chief Executive Officer Mike Wilson (and "Grand Champeen") offered his apology for the incident:

I'd personally like to sincerely apologize to the BioShock team (and Ken Levine in particular) for Gamecock infringing on their spotlight at this weekend's VGA Awards show.

After intense interrogations, we have come to the conclusion that the crew that was there in Gamecock gear were apparently genuinely just trying to have a good time. Spike TV had actually spotted them, and has been extremely gracious throughout the evening. You can imagine how they thought that showing off their Indie Spirit onstage might have been the natural thing to do.

However, the award acceptance they interrupted was the LAST one we would have wanted to interrupt, ("most addictive game fueled by mountain dew" would have been a wonderful choice) as we have the utmost respect and love for BioShock and all who were involved in it, and it totally sucks that Ken Levine didn't get to speak after making such a fantastic game.