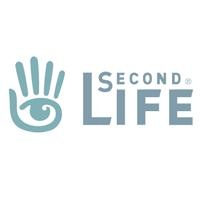 Following complaints about several "banks" in the Second Life virtual world, Linden Lab has moved to prohibit in-game offers of interest or direct return on investments without proof of an applicable government registration statement or financial institution charter.

The banks at the root of the complaints typically offer unusually high rates of return, sometimes reaching 60 percent annually, according to the statement. Linden Lab is implementing the restrictions in order "to protect our Residents and the integrity of our economy." As a result of the decision, on January 22 the company will begin removing virtual ATMs and other objects related to in-world banking, and anyone who continues to offer unauthorized financial services after that date may face sanctions including account suspension or termination, or loss of land in the game.

"Usually, we don't step in the middle of Resident-to-Resident conduct - letting Residents decide how to act, live or play in Second Life," the company said. "But these "banks" have brought unique and substantial risks to Second Life, and we feel it's our duty to step in."

"There is no workable alternative," the statement continued. "The so-called banks are not operated, overseen or insured by Linden Lab, nor can we predict which will fail or when. And Linden Lab isn't, and can't start acting as, a banking regulator."

A Folk Hero for the Online Age tendo82 34 Comments