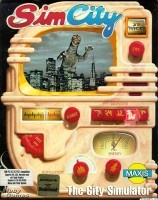 The source code for the original SimCity has been released under the GPL, under its original working title of Micropolis.

Changes to the code have been made by Don Hopkins, who had worked on ports of the project when it was originally released and also adapted the game to the One Laptop Per Child project. The name change and the removal of all references to SimCity in the source were made in order to protect Electronic Arts' Sim franchise trademark. Other modifications include a new splash screen, changes to the user interface and the removal of the plane crash disaster as a result of the 9/11 attacks.

"There's still a lot of craptastic code in there, but the heart of the software (the simulator) hasn't changed," says a post on the Fear and Loathing blog describing the release. "I know there will be efforts underway to port it to a better platform, replace the age old graphics with new ones, rewrite the graphic routines with modern-day counterparts, etc. The modern challenge for game programming is to deconstruct games like SimCity into reusable components for making other games! The code hopefully serves as good example of how to use SWIG to integrate C++ classes into Python and Cairo, in a portable cross platform way that works on Linux and Windows."

The SimCity (Micropolis) source code as well as an email link for questions and comments is available for download here.