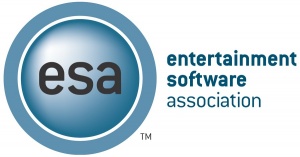 A new political action committee formed by the Entertainment Software Association will be making donations to "industry friendly" politicians in the U.S.

According to a report in the New York Times, the new committee was given approval in the fall of 2007, and is expected to be operational by March of this year. The PAC will operate similarly to committees associated with the film and music industries, and is expected to make donations of $50,000 to $100,000 to national candidates.

Michael Gallagher, president of the ESA, said, "We will be writing checks by the end of this quarter. This is an important step in the political maturation process of the industry that we are ready to take now. This is about identifying and supporting champions for the game industry on Capitol Hill so that they support us."

The 100,000-strong Video Game Voters Network will also be a part of the new political push, according to Gallagher. "If I can walk into the office of a member of Congress and tell them we have 20,000 voters in their state who are already signed up to write letters and act based on game-related issues that concern them, that's powerful," he said.

But while Activision Chairman Robert Kotick described the new PAC as "a great first step," he also said the games industry would not enjoy the influence in Washington currently held by the film and music industries because "people like Jeffrey Katzenberg and David Geffen help raise millions of dollars for candidates." Nonetheless, he cautioned against politicians taking gamers too lightly, saying, "Games are a way that more and more people are spending their leisure time, and you do yourself a disservice as a candidate to attack how people spend that leisure time."