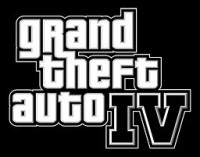 To no one's surprise, controversial attorney Jack Thompson has issued a statement in response to Rockstar's recent announcement of a release date for Grand Theft Auto IV.

The statement, posted on GamePolitics, describes the upcoming game with typical Thompson-style hyperbole, although his threats against Rockstar parent company Take-Two Interactive are somewhat less apocalyptic than usual. "Take-Two shares have jumped approximately 12 percent today on this news," Thompson said, referring to the release date announcement. "What the market is not factoring in, however, is the downside risk coming Take-Two's way with the sale of this "Mature" game to kids, which is a murder simulator for violence against women, cops, and innocent bystanders."

"Thompson will, in the days and weeks ahead, be contacting state and federal officials to stop the improper sale of Grand Theft Auto IV to anyone under seventeen years of age, as any such sales violate state and federal fraudulent and deceptive trade practices statutes," he continued. "Indeed, Thompson has today contact Florida Attorney General Bill McCollum, who has supported Thompson's efforts in the past."

Thompson's efforts may be even less likely than usual to come to anything, however. Thompson is currently fighting attempts by the Florida Bar to have him disbarred, and his past courtroom antics, such as including gay pornography with a courtroom motion filed last year, have gained him little sympathy in the state judiciary.