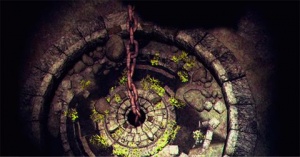 Sony has revealed that a third game from the makers of Ico is in development.

An update on the Sony website offers a listing of new jobs for Team Ico in association with a new title in development by the team for the PlayStation 3. Along with these new career opportunites, the site's artwork has changed from old concept sketches to a vague screenshot of a chain laying on the ground and leading into a small hole.

One avid Ico fan has translated the images used on the Team Ico career page to reveal the qualifications required for the various positions. Team Ico is seeking planners, animators, artists, effects designers, game programmers and technology development engineers. Director and Lead Designer Fumito Ueda seems to be looking for both analytical and creative minds to place in the planning department, as he asks for both an original game concept and an essay on the state of videogame development in the past five years from applicants.

Critical Miss: They Brought Him to the Castle to Die... The Wooster 67 Comments
Comments on