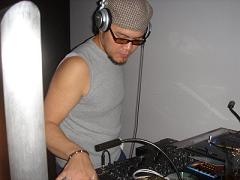 Ziff Davis has restructured its 1UP Network, with three new divisions, three unique editors-in-chief and an overhauled review system.

A blog entry from EGM's new editor-in-chief, James Mielke, reveals that Ziff Davis, the parent company of the 1UP Network, is combining all 1UP divisions under one umbrella with three separate branches: Videogames, PC Games and Video. James Mielke, Jeff Green and Sam Kennedy will take the role of editor-in-chief of each respective section. These changes stem from the departure of John Davison, former 1UP editorial director, and the promotion of Dan "Shoe" Hsu to that position.

Reforms in the company's structure are being matched by a major overhaul in the editorial decisions for reviews. All 1UP reviews, including archived content, will be graded or regraded on a letter scale from "A+" to "F". 1UP.com will be converting in March, and print switches will occur in the April issue of EGM and in the April/May issue of GFW.

Mielke personally explains why 1UP is making the review scale swap. "It'll take some getting used to, but we feel it'll more accurately convey how we feel about a game. I mean, we knew a 5 out of 10 meant 'average' to us, but no one else seemed to get the clue. So we're changing things around so that anyone who's gone to school will instantly know how we feel when they see our letter grade on a game review."