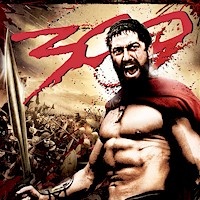 Microsoft is pleased and, to some extent, surprised by its Xbox Live Video Store performance.

Launched last December, it has been performing "above expectations" with a lot of interest in high definition content in particular, according to Robin Burrowes, marketing manager for the program in the U.K.

"It's been performing very well indeed. We're just two months into the life cycle from a U.K. point of view, and from indicators we're already beginning to receive, firstly we're performing above expectations, secondly we're very much skewing towards HD content - which is something we thought would happen, but we're actually surprised by the extent of it - and thirdly we're very much veering towards the newer of the titles that we've had on board so far," he explained.

He also said recent films, like 300, Ocean's 13, TMNT and Harry Potter and the Order of the Phoenix were popular downloads.

Nonetheless, it doesn't look like the company will start to imitate Steam anytime soon, as Burrowes flatly said full-priced games would not be offered on the service.

That fact notwithstanding, the company is likely eager to tout the potency of its download service to downplay what now appears to be a decisive defeat of the HD-DVD format and the success of Sony's Blu-ray format.